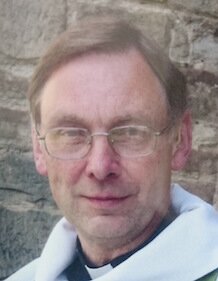 The Priest-in-charge of the Stottesdon churches is Revd Mark Daborn, who was licensed in July 2015 after covering the benefice vacancy from November 2014.

Educated at Cambridge (mediaeval and modern history), Mark has previously worked as a Chartered Surveyor and as a teacher. He trained for ministry on the part-time West of England Ministerial Training Course and was ordained in 2005, subsequently continuing part-time study to obtain a degree in Theology. He served as a self-supporting minister in the Cleobury Mortimer benefice before taking up the post here.

Therefore, since we have these promises, dear friends, let us purify ourselves from everything that contaminates body and spirit, perfecting holiness out of reverence for God.
2 Corinthians 7:1